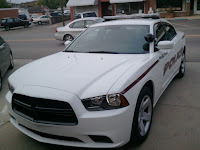 MCARTHUR – Police announced the posting of a $200 cash reward for information leads to the and conviction of the individual responsible for what the department described offensive and vulgar graffiti.

The Water Department pump house on Market
According to Mayor James Waddell, the incidents of graffiti began Thursday and continued Friday and Saturday. Waddell said workers have removed the graffiti.


According to the police announcement any information be considered anonymous and urged residents to share the alert. with information can contact the department at (740) 596-2980.