ATHENS – On a warm Friday evening, several dozen Athens residents gathered at the on Court to protest against any military strikes against Syria. Though has not announced a decision, residents armed with signs and messages of peace are not waiting to oppose to the use of military force. The vigil and demonstration was organized by United Campus Ministries (UCM).


Amesville  Rod Nippert addressed the crowd expressing opposition to military intervention  Syria and pushed the  to hold regional talks and broker a   the Syrian  of  Assad and rebel forces opposed to his .
The  is also advocating a prioritization of humanitarian  and an immediate halt to arms sales to governments throughout the . Nippert said an estimated   Syrians are homeless or have fled the country, many to neighboring Turkey, Jordan and Lebanon.

Protests against attacking Syria have reportedly been breaking out throughout the weapons inspectors examine an area of Damascus where an estimate ,000 civilians were killed by a chemical weapons attack. The and contend the attacks were carried out by military forces under the command of Syrian Bashar Hafez al-Assad.
The Assad has been engaged a nearly two- has left an estimated 100,000 Syrians dead. Assad also serves Regional of the Syrian-led branch of the Arab Ba'ath Party. The country’s population is primarily Muslim.

A said Saturday , addition to inspectors, ,000 U.N personnel are the ground Syria providing humanitarian through various agencies.
Retired University sociology Bob Sheak was at the demonstration saying he has opposed any militaristic foreign policy for .
“I’ve opposed every I was an undergraduate at Temple University when 1962 Kennedy sent 16,000 advisors to Vietnam. And every then has been unjustifiable and could have taken a more diplomatic and peaceful route,” Sheak said. “But they always find excuses.”
University Isaac Placke was one of several students representing Stand Against Genocide.
I object to military action anywhere the world. early the game for us to be reacting militarily and I don’t think we’ve exhausted diplomatic means, by any s,” Placke said.
Student Sarah Volpenhein says Stand Against Genocide is an advocacy seeks to raise awareness about atrocities around the world.
“We started out focusing on the Democratic of and recent we’ve been more focused on the and Syria. We raise awareness around campus through speakers, showing documentary films and we also take action by contacting our and s trying to them to take action against atrocities abroad’” Volpenhein said.

Sheak feels Obama has not presented sufficient evidence justify taking military action and placing more Syrians at risk.
He says, trust me ’s not enough and I don’t trust him given his support for the military but wants to preserve a quo. I’m I think it exacerbate the problems and make it worse, with more , more death. He be paying attention to how to put a coalition together to at a solution,” Sheak said.
cleverpeasants@gmail.com
@cleverpeasant
Like Us on Facbook

ATHENS – In a Friday media release, Athens Patrick Kelly reported on Aug. 29, Deputies John Kulchar and Jen Atkins were at a Gun Club residence looking for Kenneth Perry Jr. was wanted on an active warrant.

Kelly said Kulchar noticed what was believed to be growing at the residence.

With a search hand, the Narcotics Enforcement Jim Heater uncovered and seized of . Items belonging to a child were located in the same room as the marijuana.

was present at the residence at the time of the search and the case be sent to the Athens .

United Campus Ministries to hold vigil against attack on Syria

ATHENS – United Campus Ministries (UCM) announced it be holding a vigil and demonstration opposition to any military action against Syria. The vigil be Friday, Aug. 30, 7 at the Athens on Court Athens.

The theme of the demonstration is “Uplift and Support the Peaceful, Nonviolent Resistance  Syria.”

a Thursday release, UCM said the demonstration is intended to express opposition to military action against Syria and push the to hold regional talks and broker a the Syrian of President Bashar Hafez al-Assad and rebel forces opposed to Assad.

The is also advocating a prioritization of humanitarian and an immediate halt to arms sales to governments throughout the .

Participants are asked to bring signs. Sign making material also be the basement of UCM and community members can are invited to come throughout the day Thursday until and Friday from 10 to to signs. 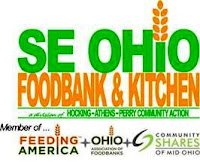 LOGAN – The Foodbank and Kitchen is reminding September is Hunger Action Month. a Thursday release the foodbank said 50 the face hunger without a enough fod to put on the table. The 2013 Hunger Action Month theme is “Together, We Can Solve Hunger

“We all want a better region, where our communities are strong, smart, healthy, and able to put creativity and intelligence our better future. Food is one of our most basic needs. Food is also , energy, community and hope,” said foodbank Director Tracy Galway.

Galway said access to a stable of nutritious food is such a basic and critical, yet too often missing, component of a healthy life. The 12 foodbanks, partnership with member pantries and other organizations, are working with the Feeding America network of foodbanks to raise awareness of this critical issue and take action during the month of September, part of the Hunger Action Month.

“Hunger Action Month is an opportunity to join a movement has a real and lasting impact on our effort to feed SE . individuals, charities, businesses and , we all have a role to play getting food to those need. Whether by advocating and raising awareness, making donations volunteering, are many ways to make a difference during Hunger Action Month,” Tracy said. “We're asking to join us, to help solve hunger on behalf of the 52,000 or one including 18,500 under age 18, nearly one three struggle with hunger.”

Galway said are many ways community members can get involved and to help solve hunger the region:
Indivuduals, groups and businesses can call (740) 385-6813 for information on volunteer and donation information.

Turner was born May , 2007 and was a commissioned K- with the ’s teamed up with Matt Mays for the four .


Expressing what must be the feeling of the ’s staff, Kelly said. “Thanks for your service Turner.”

ATHENS – Athens Patrick Kelly announced a Monday release deputies recovered 13 pounds of while executing a search warrant on a residence.

According to Kelly, Jen Atkins was investigating a parking complaint at 13141 , Athens and detected the odor of coming from a garage at the residence. Atkins notified supervisor, Lt. John Morris, and a search warrant was obtained.

Detectives Doug Crites and Jim Heater of the ’s Narcotics Enforcement uncovered an hydroponic growing operation. addition to the , scales and $6,320 cash were seized.

were Curtis W. Hinds, 46, of Athens and Kari Labello, 40, of Gallipolis. Both suspects were transported to the Southeastern Regional Nelsonville.


Residents are asked to be on the lookout for a white male with long hair and no facial hair driving a white truck. with information is asked to call Det. Mike Kemmerling, (740) 596-5242.

This is a developing story and more information will be posted as it becomes available.