Four dogs have died in Akron and Cincinnati areas; state focusing on a virus common to pigs 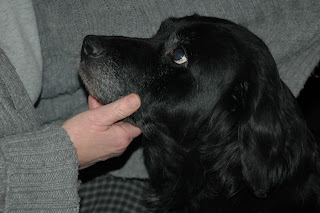 REYNOLDSBURG – The Department of Agriculture’s Division of Animal Health has been taking reports of severe dog illnesses several parts of the for the past three weeks.

Affected dogs have exhibited similar symptoms including vomiting, bloody , weight loss and lethargy. Although are several known causes of these symptoms dogs, it is generally believed is an unknown contributor to the cases.

Dog owners with similar symptoms are being advised to immediately contact veterinarian. The department has also recommended concerned dog owners take standard precautions used to reduce the spread of viral infections, including monitoring the animal closely for signs of illness and refraining from comingling them with other dogs.
part of  investigation, the department also announced the presence of canine circovirus  a fecal sample taken from an ill dog  the . This is the first laboratory detection of canine circovirus .  work is being done to verify the significance of this finding.

Canine circovirus is newly isolated and  is very little information available about the , where it came from and how it spreads. The limited research available shows canine circovirus can cause vasculitis and hemorrhaging  infected dogs.

“The laboratory  is important  the  is newly isolated, however we are not prepared at this time to confirm  canine circovirus is the cause of the dog illnesses,”said Veterinarian  Tony Forshey. “ the symptoms being exhibited can also be linked to other known illnesses, additional analysis and information is needed to determine if this  alone or  coinfection contributes to illness and death  dogs.”

The ODA is working with animal health experts to determine the cause and origin of a series of dog illnesses the . The department is also urging veterinarians the to contact the Division of Animal Health if they suspect any animals care are suffering from the same disease.

“While we continue to work diligently to identify what is making these dogs sick, we are asking ’s veterinarians to help by contacting our laboratory for consultation if they suspect they are treating a related case,” said Veterinarian Tony Forshey.

Veterinarians can also help by sharing information on what pet owners look for and how they can protect dogs.

“The most important thing dog owners can do is call veterinarian if they have concerns about the health of pets. Your veterinarian is the best person to help determine if your animal is ill and what steps be taken to help them ,” said Forshey.

The continue to investigate the situation and urge veterinarians  believe they are treating dogs with similar symptoms to consult the laboratory by calling (614) 728-6220.