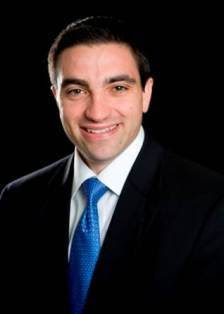 House Bill 59 passed out of the Senate chambers by a party line vote of 21-11.

Gentile said the Budget Conference Committee made several unprecedented changes that were not properly vetted and majority Republicans failed to make a priority of communities, public education and job creation and will raise taxes on seniors, homeowners and small businesses.
“The House and Senate Republicans new tax plan gives the wealthiest in Ohio tax cuts at the expense of everyone else,” Gentile said. “The burden is being shifted to Ohio’s most vulnerable populations and the majority failed to provide the resources our schools and communities desperately need. Instead of fixing the problem, this plan hurts senior citizens, small business owners, and is unfair to the working families in Eastern and Southeastern Ohio.”
The conference committee made last minute changes concerning a broad tax restructuring package and a handful of education issues.
“There are complex issues that will have dramatic effects on our state’s economy,” he said. “To make such sweeping changes, in less than a week, with little input from stakeholders is dangerous and undemocratic,” Gentile said.
According to Gentile, the Republican tax plan will award Ohio’s most affluent with average annual tax cuts of more than $6,000 a year, while low- and moderate-income Ohioans will pay slightly more. the Republican tax plan will also hurt local communities by making it harder to pass future levies because of the elimination of the property tax rollback.
“I offered an alternative to this tax plan multiple times during this budget process which would have stimulated the economy and created and saved jobs,” Gentile said. “During the Senate budget debate I presented amendments several times to restore $396 million to the Local Government Fund to alleviate the funding challenges our struggling communities are facing. There is already a burden on property owners for funding education and basic public services and I fear that it will be made even more disproportionate by this budget.”
Currently, seniors age 65 or older qualify for the homestead exemption, shielding $25,000 of the market value of their home from property taxation. Under the new tax plan, those who are not yet 65 and who earn more than $30,000 annually, will no longer qualify for the homestead exemption. This was the threshold before eligibility was expanded in 2007.
“I’m deeply concerned about how this will impact struggling seniors in my district who are already on a fixed income,” Gentile stated. “As the cost of living increases, the homestead exemption would have provided valuable property tax relief. However, many seniors in my district will no longer be eligible for this exemption.”
“Budgets are about priorities and rather than invest in education, strong communities, and health care, this General Assembly chose to cut taxes for very few at the expense of all Ohioans,” Gentile said. “It is unconscionable that Ohio is sitting on a $2 billion dollar surplus while communities are forced to make lay-offs and are struggling to provide basic public services.”
Gentile also expressed concern about the lack of input citizens had in the final budget bill. Republicans pushed several high-profile topics into the budget that merited individual attention in the legislative process.