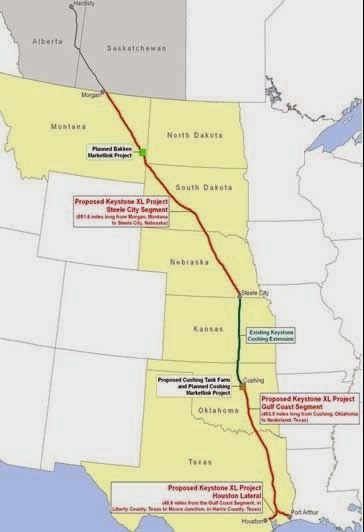 what may spell the end of Mary Landrieu’s (R-) tenure, the Tuesday night failed to legislation to the Keystone XL . The final vote tally was 59-41, one vote of the 60-vote threshold the bill needed to advance.

Twelve Democrats joined Republicans pushing the House bill was initiated the House by Bill Cassidy (R-). Cassidy and Landrieu face a run election. Landrieu is behind the polls by double digits and hoped the push for a vote on Keystone propel to .

New Mitch McConnell (R-KY) vowed to make passing legislation on the project a priority when the new convenes January.

Opponents of the quickly declared victory.

“We thank all the senators voted against this dangerous Keystone legislation, and we’re more confident than ever this never be built,” League of Conservation Voters of affairs Tiernan Sittenfeld said. “The decision remains right where it belongs – with President Obama and Kerry.”

response to vote, 350.org May Boeve issued the statement:

“Once again, tried to play games with our future–and failed. Keystone XL has always been President Obama’s decision, this vote was never anything an empty gesture of political .

“Rather than letting continue to pantomime for Big Oil, President Obama step up and reject this dirty tar sands once and for all. By dramatically accelerating tar sands oil development, Keystone XL clearly fails President Obama’s own climate test. The is a lose-lose for TransCanada. The has all the information he needs to reject this now, and we’re going to stand by him to make sure he does.”