OIU agents to bystanders: If you see drinks being drugged – Don’t turn your back, ACT 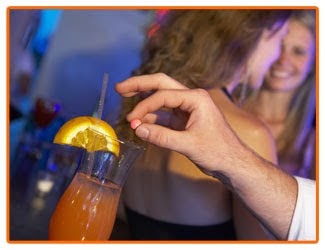 COLUMBUS - students at ’s colleges begin returning to campus, agents with the Department of Public Safety’s Investigative Unit want to remind - don’t turn your back, .

Drugging drinks, or drink tampering, happens to both female and males, at bars or even house parties, and often leads to or .

Bystanders and bar staff let the person know drink may have been compromised, get the individual out of the situation and call 9-1-1 immediately. Contain the evidence if it is possible to do so.

Law enforcement officials know drink tampering happens, however it is often not reported.  many situations, victims may be too to come , or may not have a full recollection of what . According to the Incident Based Reporting System (OIBERS), nine with as a weapon were reported 2013.

OIU is asking all bar patrons or party-goers to remember: Go to the bar with a friend you trust; both alcoholic and non-alcoholic drinks can be drugged; get bottles or cans; don’t leave your drink sitting around – get a new one; do not drinks from you don’t know or trust; if your back is turned for one second is enough time to tamper with a beverage – get a new one; and most importantly watch out for your friends and others.

If you have information about a person tampering drinks please notify the Investigative Unit by calling #677 on your and your complaint be investigated.

NOTE: Not all police departments in the state of Ohio report their crimes to OIBRS.
Posted by M. O'Brien at 10:48 AM